Some Logic, Some Help, and "Ask a Librarian" or two .... Gives an Answer

In A Scrapbook with a Surprise and a Question, I shared pictures from my Ella Worthington scrapbook, both the beautiful prints from Demorest's Monthly Magazine 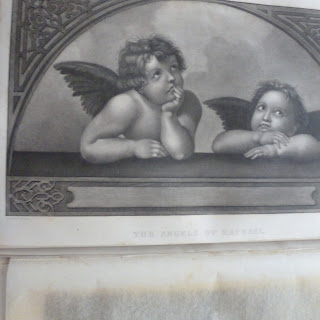 and the discovery that the scrapbook was made from a copy of the Congressional Record - House based on the one side of one page that was partially unglued. 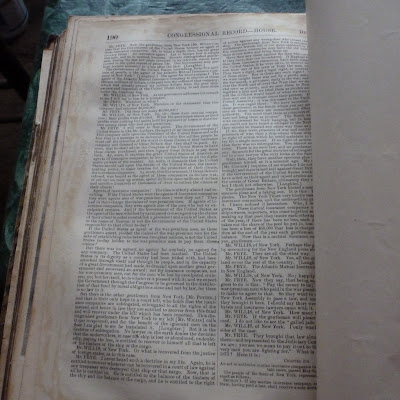 I had wondered in the last post about why Ella Cobb Worthington had ended up with a copy of the Congressional Record to make into a scrapbook.  Some folks e-mailed me suggestions and posted on FaceBook and on my Blog and in e-mails to me.  I'll come back to that later in another post.

Which copy of the Congressional Record is this?   When writing the first blog post on this scrapbook, my initial thought was to assume that it was after 1873, since the footnote on the bottom of the page refers to an law passed on 24 May 1873 concerning marine insurance companies.  And to assume it was before 1876 since that is the earliest date from a picture glued into the book.  Before writing the original story, I tried searching online for a copy of the Congressional Record - House.  I checked and didn't find the Congressional Record for the House, only for the Senate for 1873-1874.   I had figured I would continue searching, year by year, if they were online.

One of my readers, Madaleine Laird, is the author of the KinfoLit blog was told about my blogpost and question by Gena Philibert-Ortega.
Madaleine contacted me and suggested that I could narrow the actual year of the Congressional Record by reading the information on the page and then checking out the congressmen mentioned using a website which identifies members of congress, Biographical Directory of the United States Congress.  I had not known about that webpage and the searching on it was helpful in narrowing down the possible year.

However, my helpful reader Madaleine Laird, the KinfoLit blogger, noticed another name that I had missed because he wasn't a speaker but someone mentioned, mid-paragraph:  Mr. CONGER.
So, now adding
•CONGER, Omar Dwight (R), 1869-1880.

Putting this altogether gives us the 45th congress, 1877-1878 as the only place to look for my copy of the Congressional Record-House which is so delightfully decorated with pictures from the Demorest's Monthly Magazine.

Unfortunately, that issue of the Congressional Record is not online.  So I decided to Ask a Librarian online -- I sent my blog post, along with my question and my predicted session of congress.  I got an automated reply that they would get back to me with in 5 business days.  Less than 24 hours later a wonderful librarian sent me scan of pages 190 and 191, volume 8, Saturday, 14 December 1878 (45th Congress, 3rd Session).  Since I couldn't use those scans online [from a commercial site], my friend Connie Reik, a wonderful genealogist and librarian and Government Publications Coordinator at Tisch Library, Tufts University, located and scanned the copies for me shown here. 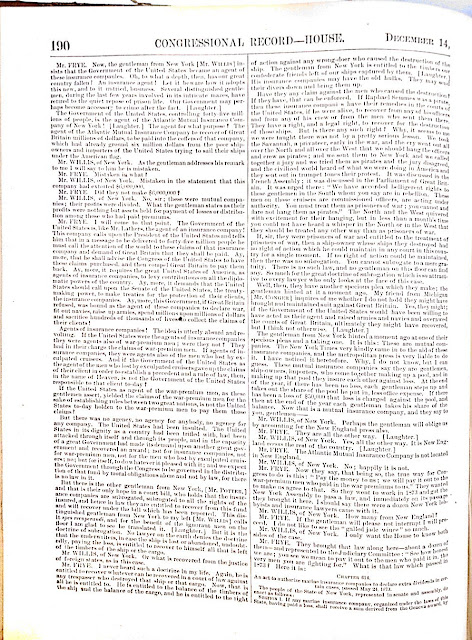 The above page matches the page partially visible from Ella's scrapbook.  The next page in the book, shown below gives the year: 1878. 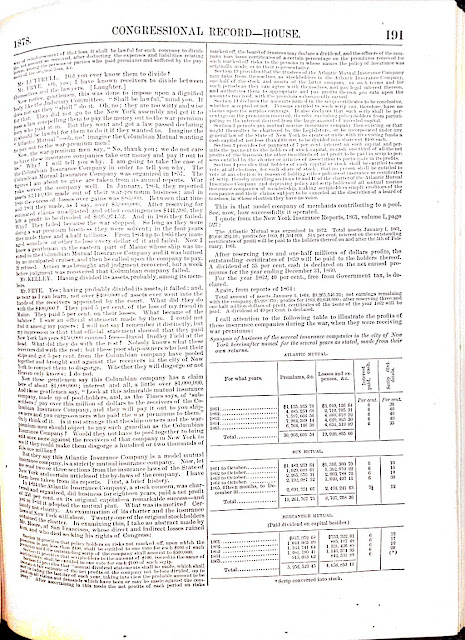 So my assumption that the issue of the Congressional Record had to be earlier than the first pictures was incorrect.

I guess Ella Cobb Worthington had some pictures she had saved and then put them together when she started her scrapbook.

The link to this page is http://genea-adventures.blogspot.com/2013/03/some-logic-some-help-and-ask-librarian.html