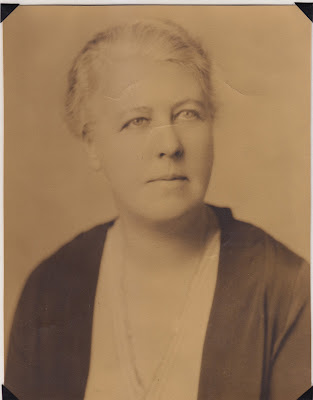 Growing up, I remember my father telling the story of his Aunt Clarice buying land.  Clarice Theodora Evans (1884-1953) was a professional woman in the first half of the 1900s.  Clarice taught industrial arts when it was a new area of study in various schools around the US, advocated child-centered education, traveled to England to teach and to research for Darlington Hall, and spent her final years teaching at Jersey State Teachers College in New Jersey. 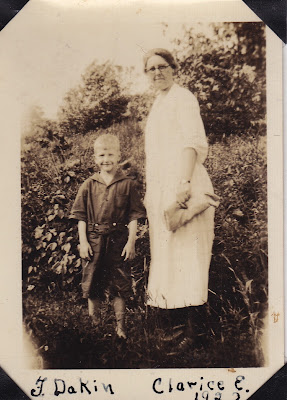 Clarice never married. Her sister Marion Evans Dakin was a widow who was raising a son, Ted.  Both were professional women, but neither woman had any extra funds -- they did not come from a wealthy family.  So purchasing land would be a luxury for Clarice.  Some land became available near the woods where their father had built a shack in Sherman, Connecticut.  Clarice wanted to purchase the land, but it was too expensive.  So, Clarice suggested to her friend Amy Herrick, that maybe they could buy the land together.  Amy had some money and she agreed. They would purchase the land together.

My father's story of the purchase:
The land was 60 acres and the farmer wanted three times what Clarice could afford. Clarice and Amy wanted the land surveyed before they bought it, but the farmer said, "It's 60 acres more or less, period."    The two women paid the going price per acre, Amy paying 2/3 and Clarice 1/3.  When they had the land surveyed to divide it afterwards, Clarice's share was 60 acres!

The story sounds a bit apocryphal, but I used to tell it in my middle school math class when we would study measurements --  an example of needing to have a sense of the size of measurements that you use each day.  In this case, the farmer would probably have some sense of what an acre actually was -- not what I would expect my students to know, but the farmer should.  Then we'd do an activity estimating the number of inches, centimeters, feet etc. something was before measuring. Then I'd end with "handy approximate" measures for the inch, and some estimating activities, for example.

This is a piece of a more complicated land record search in Sherman that I'm trying to sort out.
Here is the "truth" of the story about Clarice and Amy.

1. Did Amy and Clarice purchase 60 acres of land in Sherman?
Yes.

The land had been surveyed and divided, giving Amy all of the 10 acre piece piece purchased from Roland Mygatt -- a totally separate piece of land sold, none of which went to Clarice.  Possibly this piece of land had a higher value.

The piece of land sold by Helen Mygatt, had been surveyed and divided into three pieces, one was a 6 acre plot which Amy got.

The rest of the "60 acres" purchased from Helen Mygatt, was divided into two convoluted pieces: a west portion (55 acres) and and an east portion (60 acres).

So, back to our questions....
2. Did they have it surveyed dividing it into 2/3 and 1/3?
Well, when they owned it together, it was as an "undivided" 2/3 and 1/3.  They had it surveyed.  They probably divided it into the real estate value of 2/3 and 1/3. Not explicitly stated, since no values were given in any of the original or later transactions].

I had always assumed from my father's telling of the story:
They bought "60 acres more or less, 2/3 to Amy and 1/3 to Clarice," with Clarice getting 60 acres  would have meant that Amy got 120 acres -- not exactly the the case, but not too far from the truth, I suspect if you look at land values. 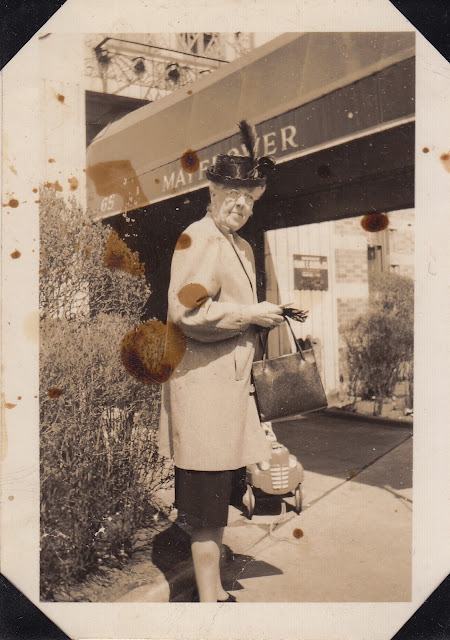 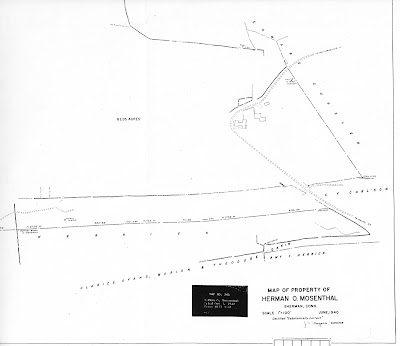 and here is a close up of the map: