The Gaylordsville Tanner and the the Uppsala Swimming Society

Last May I received an email:

Dear Erica-
I am working on a short history article about the Uppsala Swimming Society for an upcoming issue of SWIMMER magazine, the official publication of U.S. Masters Swimming. In researching the topic, I came across your book, A Ring and a Bundle of Letters. I was intrigued by a note on page 194 that indicated that Knut Hellsten wrote a history of the Uppsala Swimming Society and I wondered whether you had a copy of that document or could you point me to where I might be able to view this history? (I’m based in Waltham, MA if that helps!)

Many thanks for any assistance you can provide!
Elaine

Well, of course there was a story and connection
and
surprise someone besides myself was interested.

Eric Helsten was born in Uppsala in 1822 and in Uppsala there was a swim society, Upsala Simaällskap, that was started in 1796 by the mathematician and astronomer, Jöns Svanberg. The goal was to teach swimming and water safety to the children in the local rivers until they built a swimming pool in 1841.  Eric grew up learning how to swim and 13-year-old Eric even won a wreath for his achievements in the annual competitions in 1835. 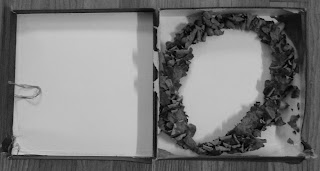 Eric must have been proud of this achievement, because when he came to the US in 1845, this laurel wreath traveled with him.  It was in his belongings after he died in 1903.  His granddaughter Marion Evans Dakin gave it to me years later, when I was on a swim team  throughout high school.

Eric was one of 13 children.  One of his younger brothers, Knut, was the "studious, intelligent" one of all the children.  Knut became a well-known and beloved educator in Uppsala.  Eric's father died leaving this large family for his wife to raise, the youngest was only a few months old when their father died.  So, it was a stretch for the family to keep sending Knut to school, and Eric was mailing money home from Gaylordsville, Connecticut to help the family in Uppsala.  Knut was the author of the history of the Uppsala Swimming Society for their 90th birthday celebration -- this booklet in Swedish is the information Elaine, my correspondent, hoped I had to share.

Elaine had a friend who read the booklet in Swedish and summarized it in English for her.
The Swedes weren't swimmers before seeing Russian prisoners who could swim, mostly "dog paddle."  The Swedish Swim society emphasized both front and back swimming, with and without clothes on, carrying someone, treading water, moving a stone under water, and more.  Much of this sounds like things I needed to learn for both my own safety in the water and maybe saving someone else-- however, I was only picking up something small on the pool bottom rather than moving a stone.

At the Society's 90th year celebration in 1886, there were honored guests, including Eric, who were given certificates.  Here is Eric's, but we have no evidence he actually made it to Uppsala for the celebration. 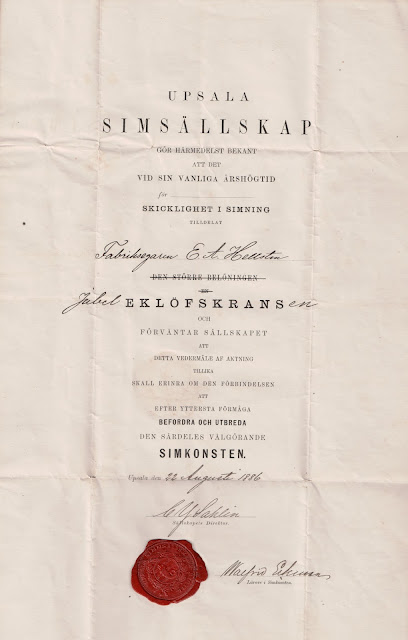 Four years after learning to swim in 1835, there was the pressing need to help support his family--his father died in 1839 leaving 13 children, the youngest was 7 months old.  Each of the older children worked in different jobs.  Eric as the oldest boy was apprenticed to be a tanner, just as his father and grandfather before him.  By 1844, Eric was a Journeyman tanner, traveling around the country for a year looking for work.  Then in 1845, he immigrated to Havilland Hollow, New York and went to work as a tanner.  He saved his pennies, and in 1849 he married and then, in 1852 he and his wife Mary Hearty moved to Gaylordsville, Connecticut where he had his own tannery.

Eric's tannery was on the Wimisink Brook, very near the Housatonic River.
Working hard over the years to maintain his businesses, Eric didn't forget what he learned in Sweden.  Sixty years later, Eric saved a man from drowning on 22 September 1895 and then wrote a pamphlet about how to do it.
I have not found a copy of the pamphlet.  I do have the copyright 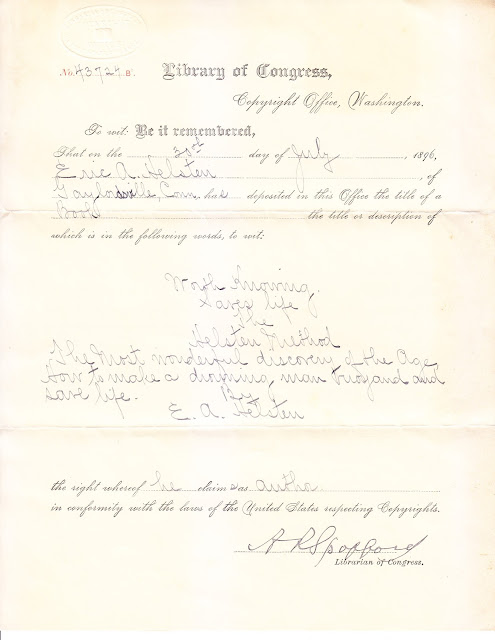 and a letter about how to copyright and advertise and sell: 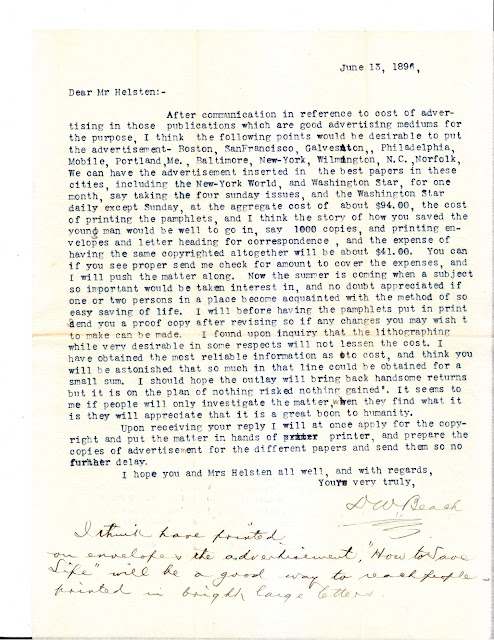 He did follow  D W Beach's advice and even got letterhead made:

And this brings us back to the Uppsala Swim Society and Elaine K. Howley's article.  She took the time to research the society and her article is in the September/October issue of SWIMMER magazine. 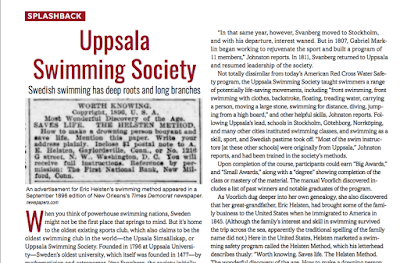 Right at the top of the article is Eric's ad that was run in newspapers across the country advertising the directions on how to save a man from drowning!

Isn't that part of what Eric learned in his swimming lessons back in 1835! 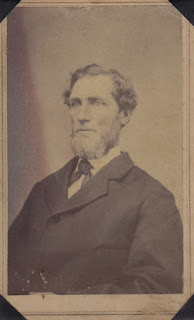 The link to this blog post is http://genea-adventures.blogspot.com/2016/09/the-gaylordsville-tanner-and-the.html
©Erica Dakin Voolich, 2016.