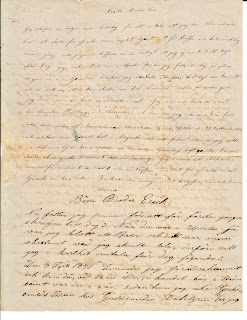 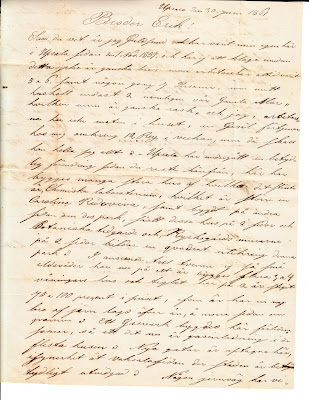 52 Weeks of Abundant Genealogy: A Surprise Gift of an Old Ring

Week 6 – Family Heirlooms: For which family heirloom are you most thankful? How did you acquire this treasure and what does it mean to you and your family?
This challenge runs from Sunday, February 5, 2012 through Saturday, February 11, 2012 was created by Amy Coffin.

When I was getting married, my grandmother said to me, do you like "old rings?"  She offered me a couple of old family rings for us to use as our wedding rings.

When I took my ring to a jeweler to resize, he commented, "this isn't an American ring, it is old and the alloy is different, probably European."  Well, my grandmother had told me it came from her grandfather, Eric Helsten (1822 - 1903).  I thought, well, he came from Sweden.  Maybe he was married there.  [Little did I know then that he married another immigrant; but she wasn't from Sweden, she was from Ireland.]

Years later, I was cleaning out my grandmother's house after she died in 1974.  In the back of a desk drawer was a packet of letters tied together in a bundle.  They were written in Swedish.  I didn't read any Swedish, but I saved them.  I have become the "family historian" and so anything that might relate to family history ends up at my house.

Fast forward another 10 years, I am teaching school and one of my colleagues is Swedish.  She was intrigued that I had a bunch of old letters from Sweden.   We started reading the letters -- she read and I scribed.  We translated about half of them.

The letters were interesting.  All of his twelve siblings and his mother had distinct personalities.  When my friend went to Sweden over Christmas, she wrote to the Uppsala office where vital records are kept.  We hoped that we might find a descendant of one of Eric's siblings -- and we did.  [That's another story for another time].

One surprise I discovered reading the letters -- after Eric's mother died in 1863, his siblings write to tell Eric that they are dividing the estate and they want him to have his mother's gold ring!  His parents, Lovisa Charlotta ROBERT and Eric HELLSTEN, were married in 1815.

I wear my GGG'grandmother's ring as my own wedding ring.  I an honored to have my family history with me all the time.

Here is the URL for this blog.