A Scrapbook with a Surprise, and a Question 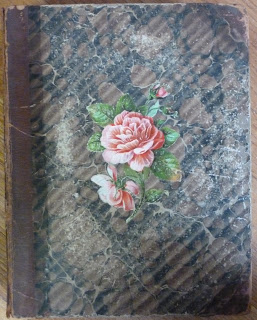 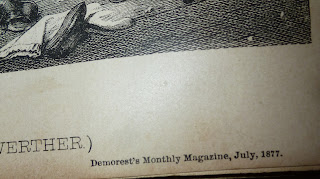 The scrapbook is full of illustrations that were originally published in the woman's magazine, Demorest's Monthly Magazine dating from 1876 to 1882.  Since Martha was born in 1865, I suspect her mother, Ella, kept the scrapbook because Mattie would have been age 11 when she was first saving pictures from a woman's magazine that included articles, prints, and paper dress patterns.  It turns out that the Demorests developed a business selling dress patterns, magazines and sewing machines among other things. 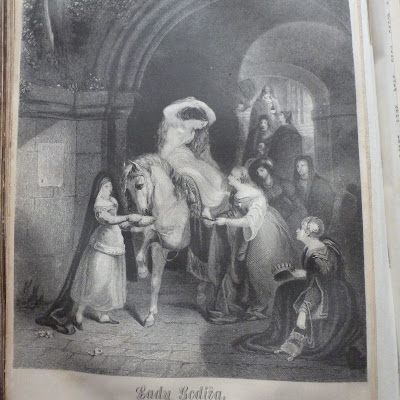 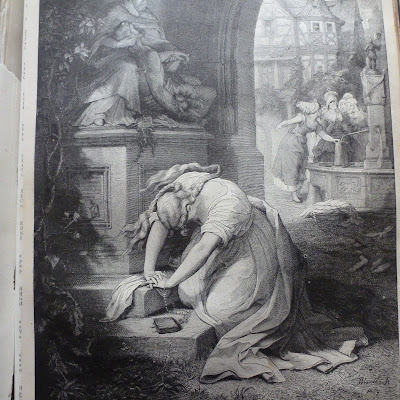 A few illustrations were in color. 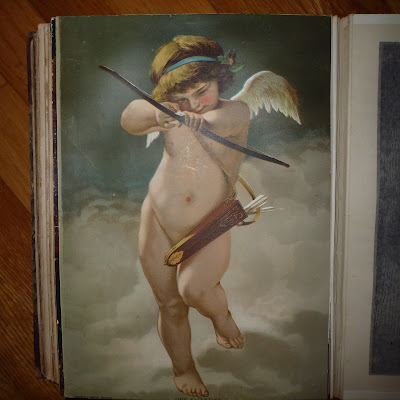 There was a big surprise about this scrapbook that I accidentally discovered as I looked through the various pictures.  One picture became unglued over time.  I discovered this was not a regular blank book meant to be a scrapbook.  Instead of blank pages with pictures glued onto each one, this is what I saw: 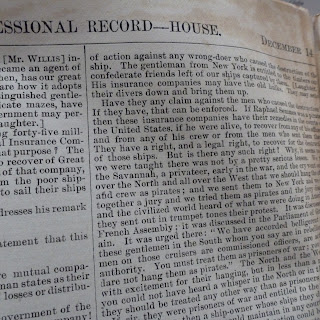 The Congressional Record?!  YES, THE Congressional Record for the House.  I'm not sure which year, but this unglued page is December 14, the year would be on the top of the right hand page and all of those pages are securely glued down.  The year was probably in the about 1874 or 1875 since the pictures which have dates start in 1876 and the footnote on this page refers back to something in 1873.

For the curious about the business of the day in Washington then here is more of this page: 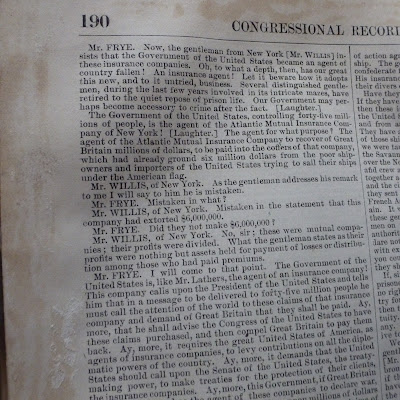 I got to wondering why the cover (above) didn't identify the book as the Congressional Record?  Was that flower strategically placed on the cover?  I looked at the binding more carefully and realized that the three lighter colored stripes of tan were actually tape, probably strategically located over the book title!

The book weighs 7 3/4 pounds.  The pages are quite thick.  Looking carefully at the book I and realized how she had constructed this.

For each page used front and back with pictures glued on, there were a bunch of pages equal in thickness cut out.  Then a page of tissue was glued in, using one of the cut out pages to glue to, before another page of pictures. 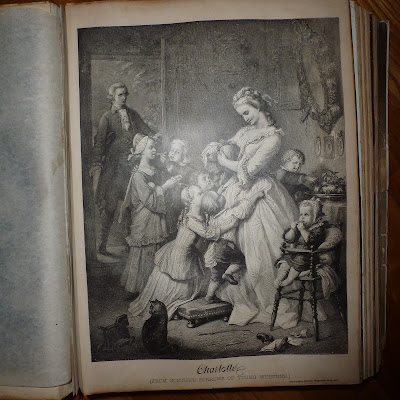 The page on the right has the print from the magazine, there is a page of issue paper inserted.  If you look closely towards the bottom of the page on the left,  you can see the stumps of the cut out pages.

So now my question:  Why would Ella Cobb Worthington own a copy of the Congressional Record?

In 1876, Ella and Robert Worthington were living in Chicago, and according to the Lakeside annual directory for the City of Chicago, he was a cashier.  Before the Chicago Fire, Robert worked for Gibson, Chase & Company (in freight forwarding).  After the fire, Gibson, Chase goes out of existence and Robert goes to work for J.N. & S.E. Hurlbut, commission merchants.  At some point, Robert goes to work for the Chicago Board of Trade Real Estate Committee, as the Secretary and is involved with the building of the new board of trade building which opened in 1885.  About 1877, they move to "the country," Oak Park.  Robert's scrapbook was full of articles from the newspaper that he found interesting, anything on Thackery & Dickens and obituaries of friends and family.

None of this points in my mind to a family who would have bought a copy of the Congressional Record -- not exactly a casual reading book at 2 1/2 inches thick (and now 7 3/4 pounds).

Do my readers have any idea?  Please post if you do!

The link to this post is http://genea-adventures.blogspot.com/2013/03/a-scrapbook-with-surprise-and-question.html
©2013 Erica Dakin Voolich 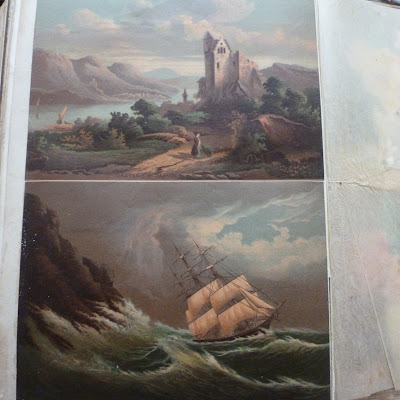